In the wake of the downing of a jetliner by a flock of geese, ending with a miraculous soft landing into the Hudson River, I noted on my FaceBook site, “Apparently even a single goose can still take down a jetliner–nature just keeps getting in our way; another reminder to change our way.”

In response, a friend noted: “If a single goose can do that, I wonder what happens when a whole bunch of them decide to conspire something.”

What if such a conspiracy–let’s call it the Gaia Conspiracy–were already underway, with an occasional flock of geese serving as wooden shoes (sabot) in the gears of contemporary society. These apparent acts of “natural sabotage” have certainly been increasing in breadth, frequency, and intensity.

Yet the Earth does not engage in acts of sabotage; adopting that explanation simply perpetuates the illusion of our place in the Cosmic Power Structure, as in, who is getting into whose way. The natural exchange and recycling processes of the planet are absolutely objective, proportional and nonnegotiable. The fact they operate on a considerably longer time scale doesn’t soften the ultimate consequences. The Earth is capable of taking care of itself just fine, thank you, with house cleaning and remedial measures that will objectively correct the extreme imbalances of recent ages, without fear or favor for any overly exuberant species.

We really shouldn’t joke about those “stupid” dinosaurs, which did hang around a bit longer than we have so far. We neither own the Earth nor belong to it; it is not “ours” in any sense–we are simply guests with an opportunity to take part in something miraculous for a time. Eden remains; it wasn’t lost, we simply turned our backs to go our separate ways thinking we could create something better on our own.

[This is the basis for my reticence toward adopting the concept of “co-creation”; it appears to extend that same exaggerated importance of our role and responsibility in the greater scheme of things. The fact we can exterminate species after species does not establish our ability to co-manage the complexity of creation. One cosmic sneeze or shrug or simply an unexpected permutation of avian flu at the wrong time and place, and the memory of our presence becomes a brief flash of light traveling across the universe long after its source has ceased to exist.]

Even the state of co-creation in our own realm is not immediately promising, for a similar accountability is rising in the course of human affairs to confront–yes, I’ll admit it–a male-oriented propensity toward brute-force dominance as the strategy of ultimate resort. Isn’t that the perceived threat of the asymmetric War on Terrorism; two terrorists (who happened to be US citizens) can take out a federal building in Oklahoma City; ten (from somewhere else, could have been anywhere) can take out the tallest buildings in New York. There is no one place to bomb, no single leader to remove, no final assault on a last bastion to remove all fear. “We” must be right 100% of the time; “they” only need to be right once. This is the ultimate distillation of “power politics” at the extremity of personal and social despair.

There is another way.

A heaven beyond our dreams beckons, but we need to release the heaven of our dreams.

We thought we were headed from New York to Charlotte, but if we are lucky, focused and disciplined in the crisis of this moment, we may be able to land, feather-soft, not so far from where we took off, in a river endlessly flowing to the sea, the same river we had thought we had tamed, but for which we are now thankful for simply being there.

And then, thankful for being here.

This is the starting point for free and uninhibited engagement. Not guilt, not shame, not fear. Sheer gratitude for a life given in its entirety, unearned, in every moment, for as long as each moment endures. From here we can confront the moral issues of the times, devote our energies to healing the woundings of generations, for we no longer have anything to lose–what has been freely given can be freely returned in the context of a greater wholeness.

Anonymity as the Seed of Transparency 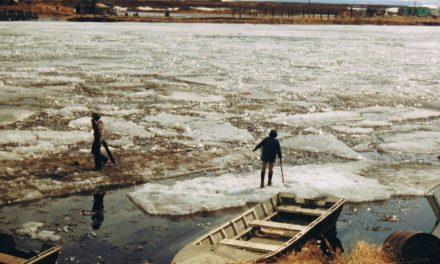 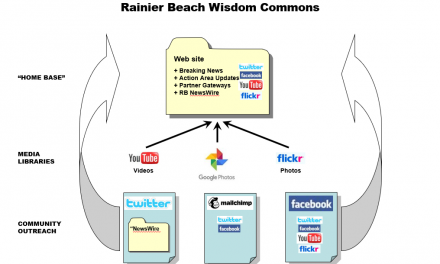