“What world are you living in? You really have to accept the world as it is and not get caught up in things that are simply not possible.”

During the time the Institute of Cultural Affairs (ICA) was focused on the mission of “Concern for the human factor in world development,” we talked about five worlds: the First World of advanced economies, the Second World of industrialized nations, the Third World of emerging nations, the Fourth World of abject poverty, and the Fifth World…of human development.

Well, that was our external story; with each other, alongside the conversations of methodologies, project framing, networking and public/private support, we explored a different language, a different description of the world we were living in, in the midst of the “world as it is.”

We talked about–and being the ICA, we created elaborate charts and song after song celebrating–the Land of Mystery, the River of Consciousness, the Mountain of Care, and the Sea of Tranquility as the terrain of human states of being.

Mystery, consciousness, care, tranquility–This was our home in the midst of digging ditches in India, repairing roofs in Kenya, installing drip-irrigation systems on an Arizona reservation, planting potatoes in Arctic Alaska, facilitating strategy workshops with the Overseas Chinese Bank Corporation in Kuala Lumpur, organizing youth forums in Kansas City, soliciting donations and support from local businesses in Peru, oh, and of course, changing diapers for the child of a colleague who was presenting a report to the United Nations Development Program in New York.

If you’ve lasted this long, I suspect at some level you can see where I’m going with this.

We are focusing on engagement, with the intent of clearing some of the underbrush to tap into the wellspring of profound engagement; to invite and honor decisions to participate without expectation of return in whatever role or task, large or small, that is called for, right now; to remember how to recognize, build and implement patterns, roles, activities, tools that enrich, extend and heal the wholeness of the world around us, insofar as we are able to grasp this wholeness in all its breadth and complexity.

For we are living in times that call for quantum shifts in roles, relationships, and self-understandings, both personal and collective. And even these emerging patterns of engagement are fleeting and ephemeral, ultimately useful to the extent they provide gateways for others to fully and practically give expression to the mystery, consciousness, care and tranquility at the center of their own lives. Not, in the final accounting, for a “better world” (although much care must be exercised in how we talk about this), but for the wholeness that is always present and the richer wholeness that is ever-unfolding.

And occasionally, in the ICA, we would stop to remind each other of our true home, the world in which we lived:

I am dwelling on the tranquil sea
Peace is swelling, tides of victory
And waves of joy are crashing on the shoreline
Of life’s unending sea.
[Tune: I shall not be moved] 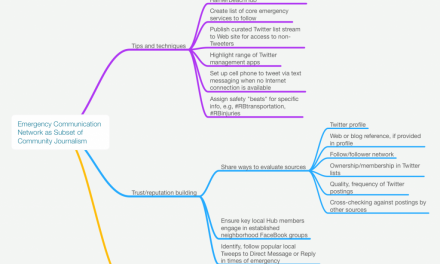