What is social media and why is it so important right now?

Rather than aggregating a selection of the amazing wisdom and insight already available across the ‘Net (especially note the fantastic conversation taking place on Venessa Miemis’ posting, “What is social media [the 2010 edition]“), I’m going to adopt more of a personal witness approach, drawing primarily on my earlier experiences in comprehensive, locally driven community development. The upshot is that during my work in that earlier millennium (I love being able to say that now, even though it was not that long ago), I would have given my eyeteeth for even a fraction of the reach, connectivity, and timeliness afforded by social media today.

In an earlier posting, I referred to a report commissioned by the Rockefeller Foundation entitled, Communications as Engagement: A Communications Strategy for Revitalization, originally published in 1994. I recently pulled the report out of my files, remembering how well it captured my experience in community development and enabled me to claim with some justification that I was then, and had been for a long time, in the “communications business.”

Let me first make explicit the tie with the topic of this post and then add my personal reflections along the lines of a theme with variations.

The core discovery of the report in terms of the communications dimension of community revitalization was:

And one of the report’s major recommendations was to “Support education and capacity-building around the nature and process of communications.” Here is the heart of the recommendation:

The first strategic recommendation is thus for education and capacity building. We believe this should be focused around three intertwined communications issues.

First, there is a need to create a wider understanding of the fundamental role of communications as engagement and dialogue. The social action community…has been primarily an advocacy community. Communications has been largely seen as one-way rather than two-way. It has been message-driven rather then dialogue-driven. It has been intrusive and persuasive rather than invitational and deliberative.  Adapting to a new view of communications means organizations will have to learn how to credential themselves, and how to create visibility and distinction, in what is essentially a dialogue rather than a monologue.

Second, there is a need to build understanding about the skills and attributes needed to manage a collaborative and deliberative process. There is substantial expertise in the advocacy community around coaching individuals and organizations in undertaking issues research, forming advocacy agendas, carving out positions, and taking those positions public. But we have far fewer resources and far less experience in coaching organizations on how to develop a voice that truly comes from many voices; how to engineer win-win solutions, how to be passionate, persuasive and aggressive around enablement, and how to document and take credit for “process” victories.

The third need is to understand the communications technologies in their broadest dimension…To few see them for what they can do to support the organization’s mission and vision of how to reach people and involve them in problem-solving and decision-making.

This report was released nearly 20 years ago, and yet for me, this conceptual pivot, from communications as messaging to communications as engagement, reveals why “social media” has emerged with such power. The various tools of social media, taken individually and collectively, are “dialogue-driven,” “invitational and deliberative,” “create visibility and distinction” in an environment of “dialogue.” The skills required for effectively utilizing social media include managing collaborative and deliberative processes, developing a “voice that truly comes from many voices.” They can significantly strengthen support for an “organization’s mission and vision of how to reach people and involve them in problem-solving and decision-making.”

Here’s a point of historical reference. A dozen years before this report was released,  I was providing support for an agricultural project with an Eskimo village located ten miles north of the Arctic Circle. At the time I arrived, many households had abandoned their recently acquired phone service after discovering that every call was a long distance call, routed via satellite, placing the service beyond their limited budgets. Instead, nearly every home had a CB (citizen band) radio for keeping in touch with others in the village as well as with those scattered in remote fish camps. And at a given time every evening, folks tuned into Trapline Chatter, a radio broadcast that was essentially an hour-long Tweet-stream of “status updates” from far-flung friends and relatives, not unlike the greetings and updates that begin the second half of Prairie Home Companion.  These along with a post office and occasional school events, village meetings, worship services and celebrations, were the communications channels, the social media, of the time.

Yeah, I slipped tracks right there–nearly completely conflating communications with social media. Snap back to the present. As soon as I realized what was going on with Twitter, FaceBook, Flickr, YouTube, blogs and Web sites, Webinars and teleconferences, I thought, boy oh boy, I and the village could have used these tools–we can now use these tools–to open up new opportunities for interaction and mutual support, to broaden the dialogue, connection and engagement that breathe life into a community, that enable a community to maintain or regain a fundamental resilience through the ongoing exchange of insight, creativity, and care, not just between next door neighbors, but across the entire network of political, cultural and economic relationships that bind communities together into larger spheres of association.

So I don’t care in the first instance how the tools are categorized–we can and should use anything and everything at our disposal to encourage and enable widespread participation in the “process of being a citizen and living in community.”  There will be some stumbling around, learning new skills, putting up with the bluster of other folks exploring the limits of their new-found voices–who cares! It all comes with the terrain. The greater danger to my mind is the temptation to choose “filters” that are too restrictive, that block out too much of the rich diversity we fundamentally depend on to call us out on self-imposed limitations and prejudices, to reveal new opportunities and relationships that open fresh pathways forward, together.

Social media, as a new dimension of engagement, represents just too good an opportunity to miss.

The wild card of intrinsic integrity 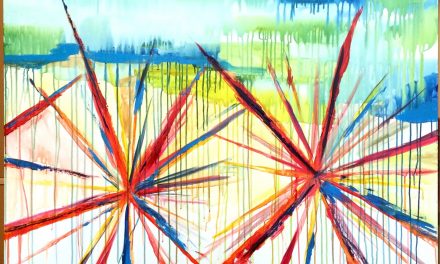 Interlude on The Arts and Liberation