Fearless and the collective journey of coming through

Just now listening to Gorecki’s Third Symphony, the “Symphony of Sorrowful Songs,” which was brought to my attention as the soundtrack for the climactic scene in the movie, Fearless. In the film, Jeff Bridges plays an architect recovering from severe post-traumatic stress induced by a horrendous jet crash, from which he walked away virtually unharmed, not only as a survivor, but a hero. In the opening scene, the main character is emerging from a corn field immediately following the crash, with an unworldly calm in his face as he carries an infant in one arm and holds the hand of another child at his side. The entire film follows his journey back into an everyday-yet-never-the-same reality, culminating in a re-experiencing of the moment of the crash and his cathartic affirmation, “I’m alive.”

From the opening scene of the film, I felt like I knew something about his experience, that at some admittedly far less intense level I’ve shared some shadow, however dim and fleeting, of that experience. And that I have too frequently seen that unworldly, yet deeply unsettled calm in the faces of others who have “come through.”

I recently read a news report on how the teenage suicide rate had again skyrocketed in the remote Eskimo village in which I had lived years ago. Working there had been my first genuine cross-cultural experience, and it was a plunge into the deep end. In the course of exploring an innovative farm project located in a micro-climate at some distance from the village, I also witnessed at close hand the struggle with alcoholism and extended cultural rending, which I interpreted to be the source of the dozen or so suicide attempts and “accidental” deaths striking every generation, all in the course of just one year.

My own moorings of self-identity and self-confidence were profoundly shaken when I proved once again how well I could “get the job done” by finding and contracting with a young man who needed the money to bring back project staff from the remote farm site to the village, too close to “break-up”–against the advice of many village elders–only to lose one of the more popular project workers when the snow machine and the sled he was riding in broke through in a curve of the river where cross-currents had thinned the already fragile ice. The surviving crew members, still soaked and sheathed in ice shards, had run by foot over miles to my office to alert the local search-and-rescue. They had that look on their faces. An unsettling calm determination in the moment to do what needed to be done and to set aside all personal attachments and emotional reaction until the moment of crisis had passed. They had all been there before, sometimes successful, sometimes not.

For the main character in Fearless, the moment of crisis didn’t pass, it got stuck, in seemingly endless repetition, with the same shockingly bewildering climax–walking away apparently unscathed, in an unearned return to life not afforded to others.

You see flickerings of that look in the eyes of veterans and the homeless; and of loyal workers when informed of being layed off after years of employment, some with outstanding performance reviews, told to leave immediately and instructed to come back after hours to clean out their desks so as to minimize the emotional drain on remaining staff.

And sometimes, there are visceral, irrational acts of anger, unexpectedly, even years later after periods of apparent calm.

It might sometimes seem difficult to make the case, at least amid the relative comfort of the developed world, that the woundings of our time are any more profound or pervasive than those of other historical periods. Most of the world has certainly not faced the plague; the last major flu pandemic was nearly a hundred years ago. And yet massive populations, of all economic classes and ethnic backgrounds, in developed as well as developing societies,  have been completely uprooted and relocated–profoundly dislocated and scattered–sometimes repeatedly, into unfamiliar and too often hostile environments in which no family, no generation escapes unharmed, untouched.

While researching alcoholism in Alaska, I learned you can recognize a pandemic when everyone knows or is related to someone who has been afflicted, who has been injured or died in association with a disease or dysfunction, like alcoholism or AIDS or sectarian violence.

We must not forget this, we cannot forget this, all who have come through whatever level of dislocation or depth of disorientation that has been experienced, who for no apparent personal merit are nevertheless alive and responsible for decisions in which all have participated as well as those made on our behalf.

In this is our absolute freedom and inescapable obligation; here lies the vital role of village elders of every background, of all those who not only remember, but consciously and repeatedly refuse to forget, open to the recovery of memories in expanded contexts. The journey is one of shared witness, of living authentically, that is, deeply and transparently, coming through, often in spite of ourselves and our complex, mostly unconscious inclinations,  in the presence of others, sometimes at the side of others chosen in and by the moment.

“We have a journey to take, and little time; ships to name, and crews.” [Henry Dumas] 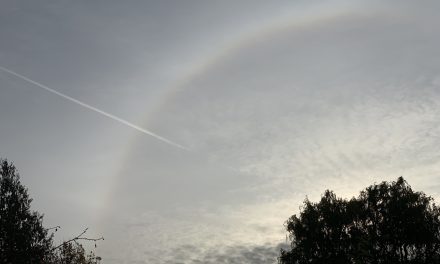